First TeamStuart Colbert’s First Team came from behind to secure a fine 3-1 win over Manhattan Kickers to move them into sixth place in the CSL Div. 1 league.

Having seen his side go one down in the first half from a well-placed free-kick, Colbert had his stand-in net-minder Eric Doyle to thank for keeping the deficit to one at the break.A robust team talk from the manager at the half-time spurred the Rocks domination of the second half. The equalizer came from deep-lying midfielder Will Oswin who broke into the box and slotted a right-footed effort under the keeper. That was Oswin’s second goal in as many games.

The change in momentum was evident as the Rocks continued to push for another. Some smart play on the left wing gave Rafa Carvalho the opportunity to finish into the bottom right corner – no less than the hard-working midfielder deserved for his ever-faultless work rate.

With the Rocks fully in control, there was time to extend the lead thanks to impressive center-back Chris Kappler who smartly intercepted a pass, jinked past three defenders and arrowed a 25-yard drive into the bottom corner beyond the outstretched keeper.“It was a very poor first half so the lads deserved a dressing down at the break,” Colbert said. “We showed great character to come back and dominate proceedings from start to finish of the second half.”

Danny Corridan got the opening goal of the game after running into the box to collect a loose ball and then calmly finished past the keeper.

After half time the Reserves continued to pressure for a secondf and with 25 minutes to go they were duly rewarded when Liam O’Connor met a cross-field ball to finish superbly into the bottom corner. 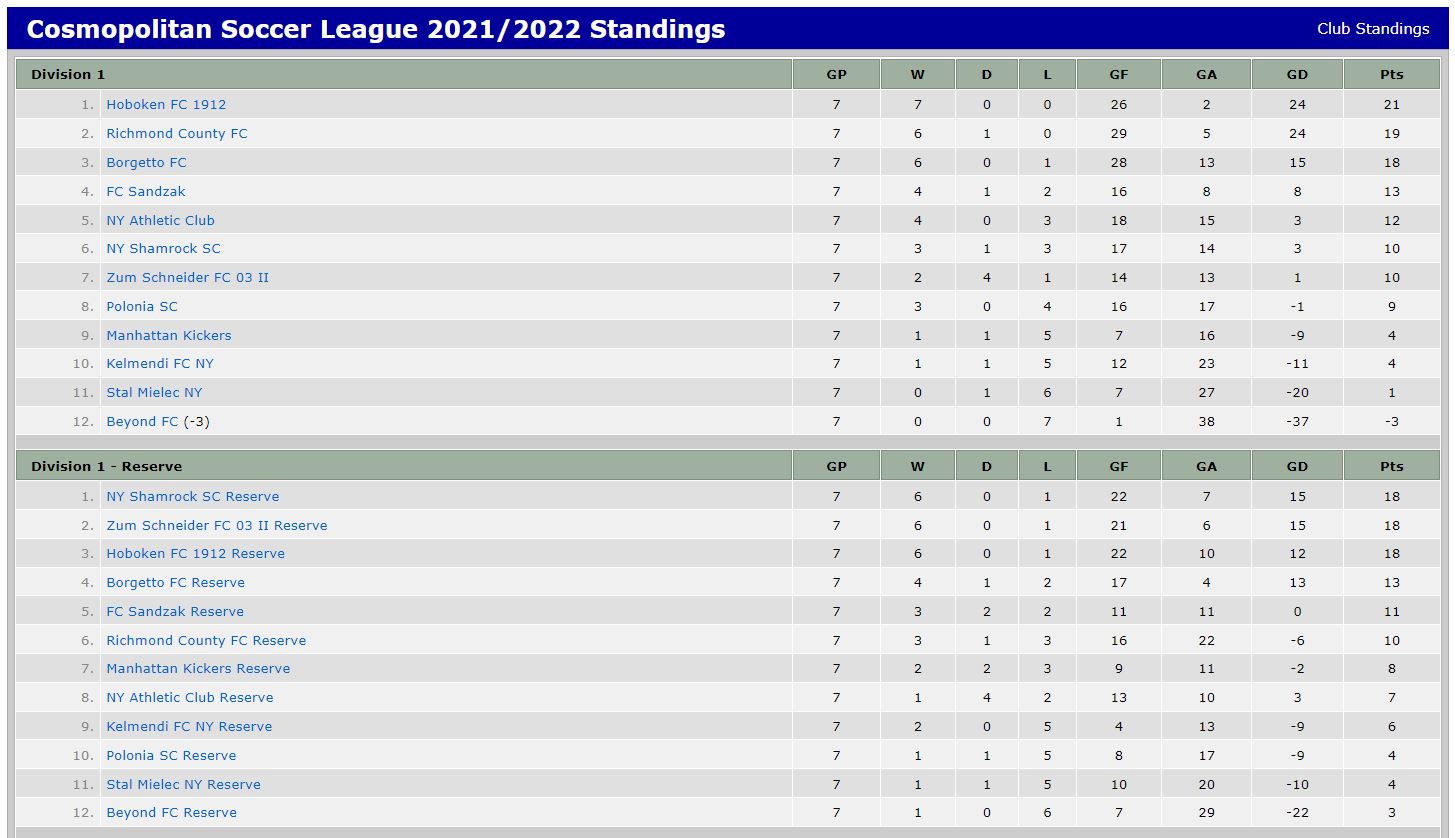 In the first Shamrocks game of the weekend, John Riordan’s Legends went down 4-2 to Doxa on Randall’s Island.

Two sendings off made their task difficult and Doxa capitalized on the numerical advantage to take a 4-0 lead.

Riordan’s side did not capitulate and battled hard to the very end with goals coming from a Ger Shivnan penalty and a well-placed Mark Rowe shot in the turn.

“The scoreline doesn’t justify the effort by the players,” said Riordan.“We conceded a couple of poor goals in the second half after we went a player down.

“They took their chances and we didn’t and that was the major difference. We battled back from 4-0 down so I can’t fault the players on the pitch but we have to move on and simply enjoy the games ahead.“

NY Shamrocks PRO Ger Shivnan will be coming on the podcast in a few weeks, stay tuned!

Kevin Grogan, a former Manchester United and Republic of Ireland youth player, has managed Shamrock’s first team in the past. See our podcast with Kevin below.