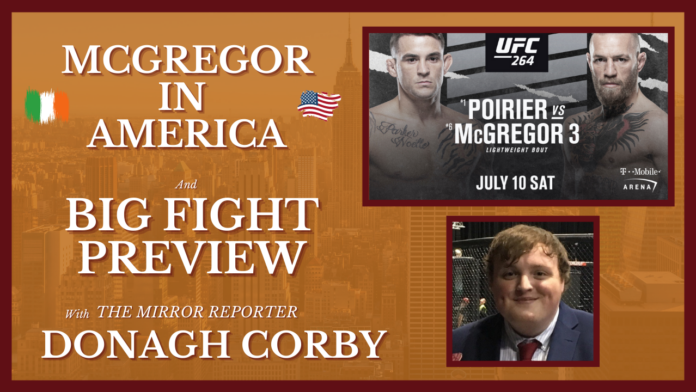 In this podcast special, Irish reporter Donagh Corby previews a historic night in Vegas Saturday where Conor McGregor takes on Dustin Poirier in a must-win fight for the Dublin man.

Donagh, who is a combat sports reporter with The Mirror, previews the fight and lays out just how important the clash is for McGregor’s legacy in the UFC.

We also take a look back on how the Irishman forged his path in America to become the highest-paid athlete in the world last year. We also touch on some of his public controversies and their impact on his reputation among Irish people and people around the world.

Donagh moved to New York in late 2019 but was forced to move home when COVID hit, Michael started off the podcast by asking Donagh about that experience.