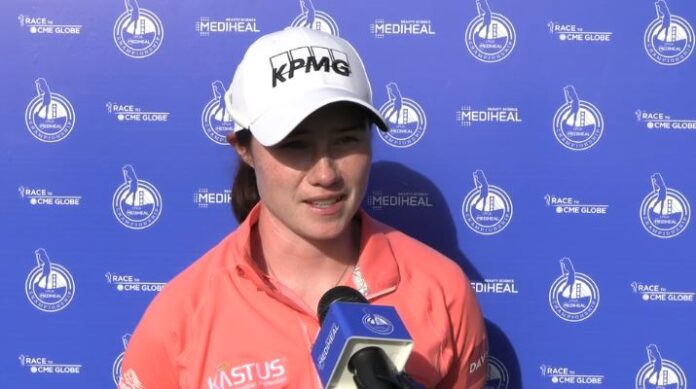 The County Cavan woman carded a final round of two-under-par 70 which left her on six-under for the tournament – eight shots off winner Matilda Castren from Finland.

The 26-year-old Irish pro posted a lighting opening round of 65 that took her to the top of the leaderboard. She followed that up with a 73 on Day 2 and a 74 on Day 3.

“You have to put yourself in those positions to know how you’re going to react and then know what you did right and figure out what you would do differently next time,” she said.

“I’m just trying to learn all I can from these past two, three days… work that into hopefully when I’m in that position again.”

Maguire is looking to carry her good form into this week’s Meijer Classic for Simply Give tournament at Grand Rapids, Michigan and then onto the season’s third major – the KPMG LPGA Championship at John’s Creek in Georgia.

The Cavan woman had new caddie Dermot Byrne on the bag over the weekend. Byrne previously worked as a caddie for Shane Lowry for around nine years.

Maguire was ranked first in the world on the women’s World Amateur Golf Ranking from May 2015 until May 2016.