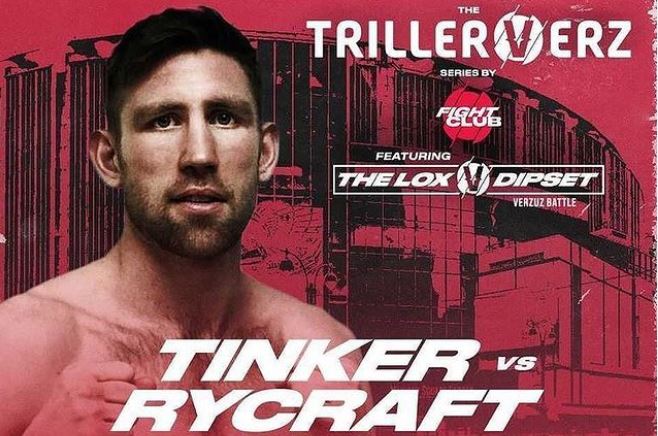 All Irish eyes will be on Matt Tinker Tuesday evening as the boxer puts his professional record on the line at Madison Square Garden.

Tinker, who has notched up six wins since turning pro in 2019, will trade leather with American Michael Rycraft inside the Hulu Theater and said he is expecting the most difficult fight of his career.

“I have to take care of business Tuesday night. He’s tall at 6 feet 4 inches, awkward and will be coming to win so I have to perform,” Tinker told The Long Hall Podcast website.

The 30-year-old southpaw will lock horns with Rycraft in a light heavyweight bout as he looks to continue his upward trajectory through the pro ranks and keep his unbeaten record intact.

“It is very important to keep winning and get things moving again. It will get me closer to my goal of finishing the year 10-0,” said the “adopted” Irish man.

Tinker was born in Scarborough, England but is married to Galway woman Maisie, who he met a number of years ago while working in construction in County Limerick. Tinker’s grandparents hail from County Cork, known as the Rebel County, and he has a strong network of Irish supporters living in the Big Apple.

During his time in Limerick, Tinker trained as an amateur with St. Francis boxing club before deciding to make a go of it in the pro ranks.

Since then, the heavy-hitting North Yorkshire man has left all in his wake landing five knock victories, four of which came in the first round. His most recent fight in March lasted only 90 seconds.

Tinker said it has been challenging to train in New York City during the pandemic as gyms were closed for a prolonged period of time.

“It’s been tricky and many fighters left the city. It was difficult for a while but we found a way to keep moving forward by training outside and more regular testing,” said Tinker, who is being trained in New York by E.J. Burke. Tinker was even back training at St. Francis in April and May when he had to return to Ireland

Tuesday’s clash will mark a step up for the 6 foot 1 inch Tinker who will have to overcome a height disadvantage to see his hand raised. Rycraft is looking to bounce back from his first-ever loss in the pro ranks which came in April.

The highly anticipated clash is part of the new Triller Fight Club series called “TrillerVerz” that mixes boxing with rap music and marks the first boxing event inside the Garden since the onset of the pandemic. Once the boxing concludes, a live Verzuz rap battle will take place from inside the ring between DIPSET and THE LOX.

Tinker was told by promoters that 3,500 tickets sold out in the first four hours of sales. The Hulu theater seats around 5,600 people at capacity and there are still a limited number of tickets available by clicking here.

Alternatively, the bout can be viewed for free on FITE TV by clicking here.